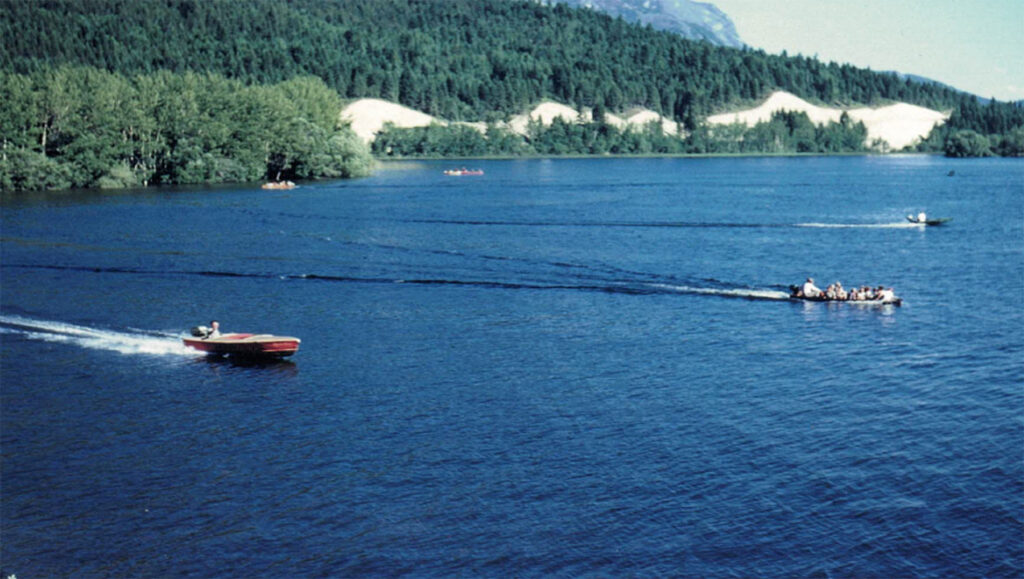 In 1911 work began on the Kootenay Central Railway that ran from the Canadian Pacific Railway in Golden, BC, south towards Cranbrook, BC. The railway would open on this section in 1913 and change trade and travel throughout the area. The railroad, ran across its own railway bridge, from the north side of Golden to the south side, and skirted along what is now the Alexander Park area directly behind the Golden Museum.

It then ran right out of Golden and directly through Phantom Lake, which while not stopping the flow of water certainly affected some of the recreations that took place there.

All season recreation was enjoyed on the Lake, which is now known as Reflection Lake or the front slough until the CP Rail Golden Car Shop and yards were built which stopped the flow of water from getting through from the Columbia River. As a result today the lake is no longer used for summer recreation and is in fact being reduced in size every year.

Posted in Golden Events and tagged Golden BC, Reflection Lake
← When Golden Was A Tent TownWixon House →
Scroll To Top