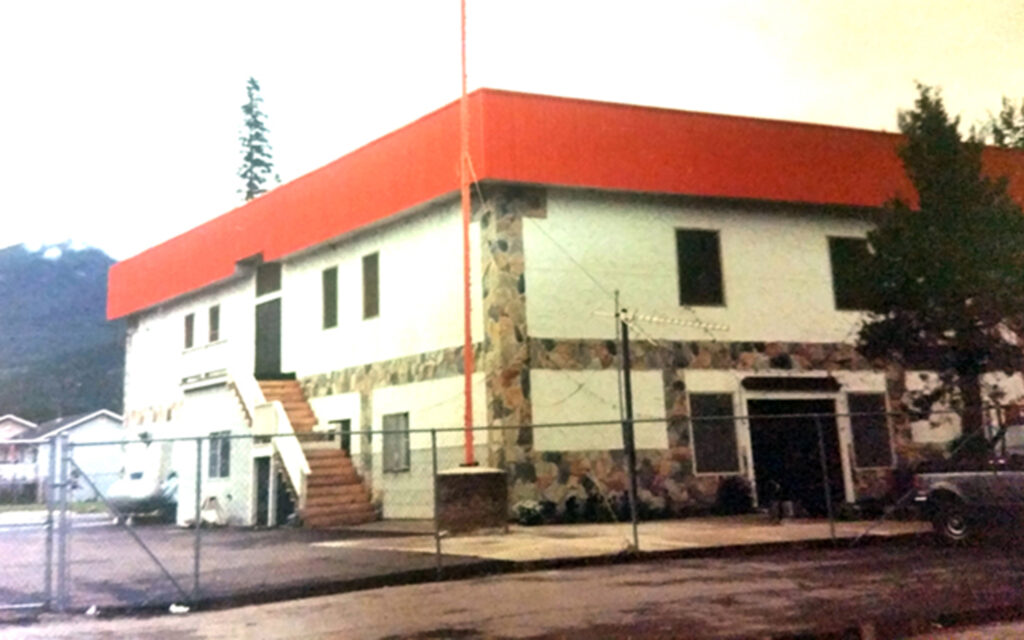 In 1897, Queen Victoria invited her South Asian troops to attend her Diamond Jubilee celebrations in London. These Sikh soldiers, having crossed Canada on their way home, returned to India with stories of an attractive land waiting to be settled by British subjects.

The first Sikhs came to Canada in 1902 as part of a Hong Kong military contingent traveling to the coronation of Edward VII.

The first Sikhs came to Golden about 1902, arriving to work in the sawmill of the Columbia River Lumber Company.

When the Sikhs arrived in Golden the community was in its infancy and the sawmill had recently opened. The Columbia River Lumber Company recognized the value of these tall strong men and had no problem with the men. They hired them to work in the lumberyard, planer, and sawmill.

The first documented proof that we have of South Asians of the Sikh faith being residents of Golden is a copy of a telegram sent to G.T. Bradshaw, Chief of Police, New Westminster from Colin Cameron, Chief of Police, Golden, BC on July 20, 1902. It was sent collect and reads: Geha Singh of Golden sent a telegram to Santa Singh care of Small and Bucklin for one thousand dollars.

With so many men arriving in Golden from India, it became apparent that there was no-one in Golden who could work with the needs of the new arrivals. And so the Right Rev William Lewis Macrae was asked
to come to Golden. The Rev Macrae, previous to his arrival in Golden, spent 18.5 years in Trinidad where he had been posted as a missionary to the East Indian people there. The Reverend ministered in Golden
from 1905 to 1914. Macrae’s tastes, gifts, and experience singled him out as the logical man to inaugurate the work of the church on Vancouver Island and part of the lower mainland. Macrae always kept a front-row pew available to the East Indian community and welcomed them to continue until their temple building was ready. This building was an old unused structure that was provided by the Columbia River Lumber Company.

It is commonly believed in the community that the first Sikh Temple built in Canada was built in Golden, BC. According to firsthand accounts, it was a plain wooden structure 12 by 20 feet in size. From the outside, other than the flag pole, there was nothing to indicate it was a Temple. The building was always open. Inside was adorned with all kinds of ornaments and a beautiful blue rug covered the floor. An
altar sat at the far end of the room. A boarding house for the South Asian men sat right beside the Temple.

The large numbers of men that came to work for the Columbia River Lumber Company worked primarily in the sawmill and piling lumber in the yard. There is no evidence that any of the men worked in the lumber camps.

THE NEW MIGRATION
Tragedy befell the community of Golden, BC in 1926 when a forest fire ripped through the forests surrounding Golden, burning up the timber limits of the Columbia River Lumber Company. It caused the milling giant to close and meant wholesale layoffs for the workers including those immigrants from India. With no other work in the area all of the East Indian community left Golden for points unknown.

It was 30 years before the forest had regenerated to a point where they could start cutting again and once again capable hard-working men were needed to do the work. In 1957, Gurdial (Big Bill) Singh Dhami received a call that there was work at Donald, BC where he was given a contract to lead train cars and soon was made foreman. Gurdial was responsible for bringing the first wave of the new generation of South Asian came to work at the sawmill in Donald, BC.

This operation went bankrupt and even though Big Bill was not the owner he felt responsible for the men that he brought to Golden. He went to the coast and arranged a loan so that he could pay the 16 or 17 men that came to Golden on his word. It took him until 1963 to pay off the debt.

Dick Gondek called Big Bill and asked him to come back to Golden and promised him that this time he wouldn’t lose his shirt. He came and started recruiting and over the years brought 40 – 50 South Asian men to work here.