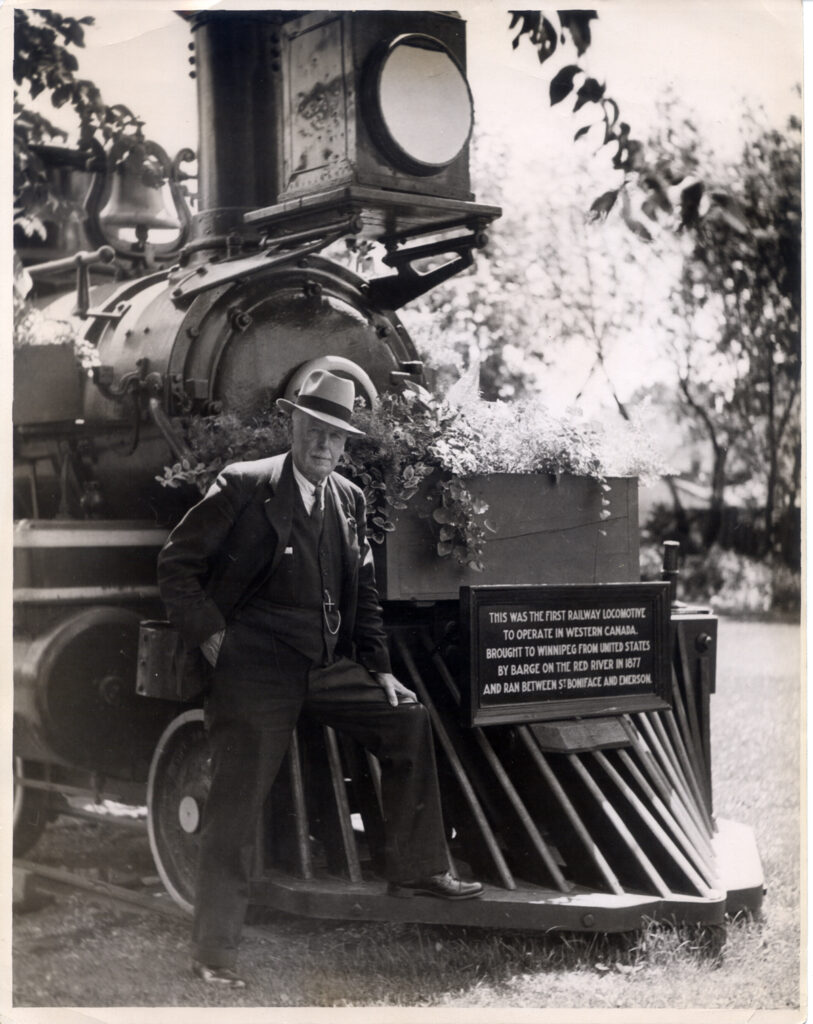 Museums are a way of preserving articles so that future generations have the opportunity to see “the real thing.” It’s an opportunity for people to see things as they once were, see them in operation and watch as they evolve through the years.

Some things though, can never be improved upon because they were the best tools for the job. The Countess of Dufferin was one of those tools. A wood burning locomotive, the Countess had her beginning on February 2. 1872, having been built for the Northern Pacific Railroad for just shy of $10,000. After five years of service the Countess migrated to Canada on October 9, 1877.

The Countess was brought by barge from Fisher’s Landing on the Red Lake River, Minnesota to the junction of the Red and Assiniboine Rivers in Winnipeg, Man. Newspaper headlines, musical Bands and artillery salutes heralded its arrival. Lord Dufferin’s wife, the Countess of Dufferin, named the Countess. Joseph Whitehead who owned seven locomotives in the years immediately before the Canadian Pacific Railway (CPR) came into being, had purchased the Countess.

In 1883, the Countess was sold the CPR for the sum of $5,800. The Countess served as locomotive power for a construction train at first, and later hauled trainloads of settlers into Canada and trainloads of wheat out. In 1897, the CPR sold her to the Columbia River Lumber Co. at Golden, BC

Once in Golden, the old Countess became affectionately known as the Betsy. A narrow gauge track was run between the CRL and the CPR station. Here Betsy ran shunting the lumber back and forth between the mill and the station. By now the Countess was 20 years old and a second engine was brought in to lend a hand.

Now considered outdated, she was taken apart and may of her parts were put to different uses. The Countess of Dufferin, the west’s first locomotive was about to disappear. While on a holiday from Winnipeg, Richard Dean Waugh ran into an old friend William DeCou, in Golden. After the usual greetings DeCou told Waugh that Golden had something that the City of Winnipeg might be interested in. Waugh had a look at the old girl and agreed. Once back home he started the work necessary to bring her back to Winnipeg. The CRL offered to give her to the city of Winnipeg.

After restoration in Winnipeg, she was used as a centerpiece in Whyte Park from 1910 to 1943. Looking sad, she was moved to the CPR station. As a centennial project she was once again restored and set in a small park near the Winnipeg Museum of Man and Nature. By 1977, the engine was once again in need of repair and was moved to storage.

After extensive renovations the grand old land once again has a home. This time at the Winnipeg Railway Museum.

Posted in Historic Buildings and tagged countess of dufferin, Golden BC, railroad
← Golden Legion Branch #122Working on the Big Bend →
Scroll To Top