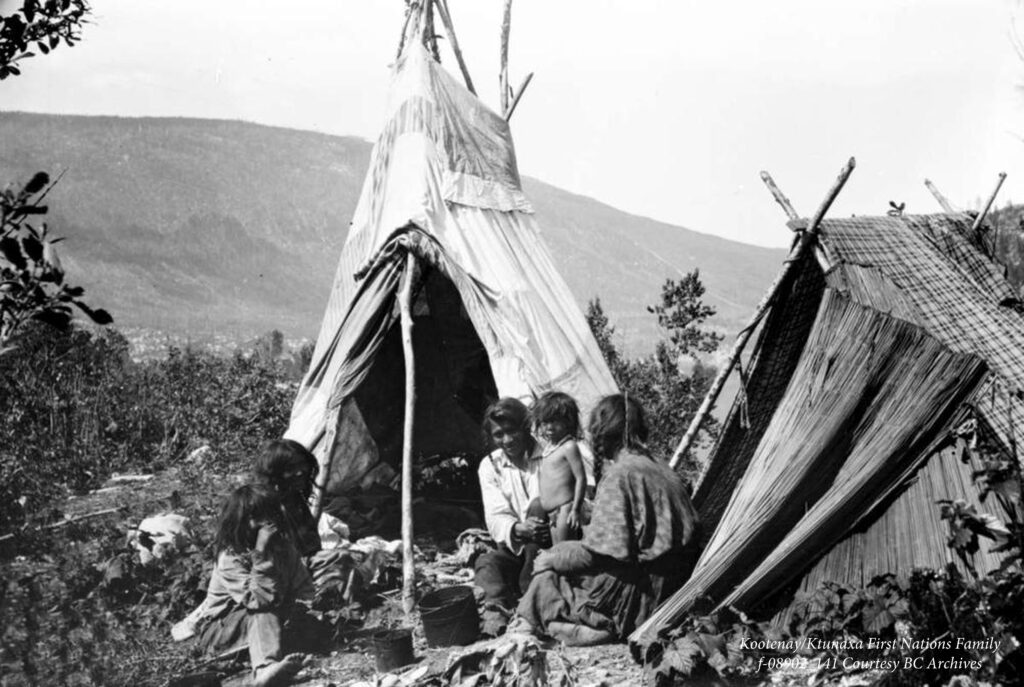 First People of the Columbia Valley

Everything you can see, every community you visiting the Columbia Valley, is located in the territory of the Ktunaxa people. Ktunaxa (pronounced tun-a-ha’) is the name of the Kootenay Tribe in the Kootenay Language. Their territory is vast, with its northern boundary touching Yellowhead Mountain and its southern border crossing into the United States and stretching just south of Missoula, Montana. To the east, the border lies just past Calgary and Lethbridge, while the western border follows the far edge of the mountains near Revelstoke, down into Washington, west of Spokane. The Ktunaxa Tribe is made up of many bands, the most local being the Akisqnukniks, or Akisqnuk First Nation. The Akisqnukniks are the people of the Ktunaxa Nation that are located near Windermere, BC.

Located in an area of unparalleled natural beauty, Akisqnuk neighbours the
communities of Windermere to the north and Fairmont Hot Springs to the south.

Akisqnuk’s western border reaches along the pristine shores of Lake Windermere for 14 kilometres. The band’s eastern border lies at the base of the Rocky Mountains. By car Akisqnuk is located just over one-hour (120 km) away from Cranbrook, B.C. and just over two-and-a-half hours (280km) from Calgary, Alberta.

The Indigenous people moved upon this land 14,000 years before the arrival of the first European people. They moved through this area in cycles with the seasons, gathering and hunting as they went.

Historically, other Indigenous peoples also harvested, hunted, fished, and settled seasonally within the area. These included the Secwe’pemc peoples, who for centuries have traveled to and inhabited the Ktunaxa homelands. Secwepemc (pronounced Se-KWEP-umk-wh) is the name of the Shuswap Tribe in the Shuswap language and they live on reserve land near Invermere, BC.

The creation story of the two distinct groups of people is very similar.

The Secwe’pemc believe the world has always existed. The earth was inhabited by people who had both human and animal characteristics.

The Ktunaxa believe that when the earth was first formed it was a spirit world.
The Sun and the Moon were brothers who transformed all beings who chose to live on this earth into physical forms and assigned them complementary roles on the earth.

Each has an intimate history of the land and a strong belief in the protection of the land which gives life to all creatures.

In order to protect certain areas they designate them as sacred.

Ktunaxa is a language isolate, meaning that it is one of a kind and unrelated to any other language in the world. Currently it is in danger of becoming extinct, with fewer and fewer fluent elders living within the community. The Ktunaxa people have now taken the initiative to combine the existing knowledge passed down from their elders and apply it to modern technology, to ensure that the language survives. To learn more about the language follow the link below

Secwe’pemc now only a hand full of people knows Secwepmctsien, and it is an endangered language, on the verge of extinction. There are only about 300 people lefts who speak it, and most of them are elders. To learn more about the language click on the link below.