Medicine, especially field medicine, saw great advancements in World War I. The sheer amount of wounded soldiers was overwhelming. Newly developed weapons tore through bodies, leaving complex wounds and some of the worst injuries the world has ever seen. Thousands of soldiers died from shrapnel, machine gun wounds, and infection, while countless others lost limbs due to gangrene, unreliable antiseptic, and lack of efficient transportation to hospitals.

Medical officers did their best to patch up casualties on the front line, but the overwhelming amount of injuries and the poor and unsanitary conditions made it necessary to transport most cases to secondary locations. In order to treat and save as many casualties as they could, temporary field hospitals were established a safe distance from the fighting. After being triaged, patients would go through surgery and any immediate procedures necessary for saving their lives. Once stable, they were transported to hospitals in France or England to complete their treatment and recovery.

Military Doctors at field hospitals had surgery kits that included a variety of basic equipment to preform surgeries. Several types of forceps, scissors, scalpels, bone saws, tourniquets, and mallets were common tools in this kit. Some kits had trachea tubes and other specialized equipment.

Forceps are a two-bladed instrument with a handle, used for compressing or grasping tissue, arteries, organs, and foreign objects in surgical operations, handling sterile dressings, and other purposes. Most kits contained several types of forceps, the most common being arterial forceps, tissue forceps, and bullet forceps.

Surgical scissors were used for cutting and dissecting tissues, as well as bandages and sutures. Each surgical procedure has a special pair of scissors that is used to perform the intended task so surgical kits contained several different shapes and sizes of scissors.

Most surgical kits contained a saw capable of cutting through bone. Medical personnel of allied forces often carried a small, solid but compact version of a bone saw that could easily fit into the small canvas rolls surgery kits came in. German kits, like the one featured here, often contained thread saws, also known as Gigli saws. These saws consisted of a surgical steel wire, sometimes with chain style serrations, and two handles with hooks for the saw blade to be attached. Gigli saws are often used in amputations today because they provide a clean, smooth cut.

All surgery and basic first aid kits in World War I contained a tourniquet. These devices are placed around a bleeding arm or leg to prevent blood loss by squeezing large blood vessels. Tourniquets saved many injured soldiers on the front lines from bleeding out before surgery. In WWI tourniquets were applied often, sometimes unnecessarily. Misuse and prolonged use of tourniquets resulted in unnecessary amputations due to poor blood circulation. Tourniquets were often hidden under splints or clothing and not removed in time. In addition, the distance wounded soldiers had to travel for surgery also meant tourniquets were worn for longer than recommended. 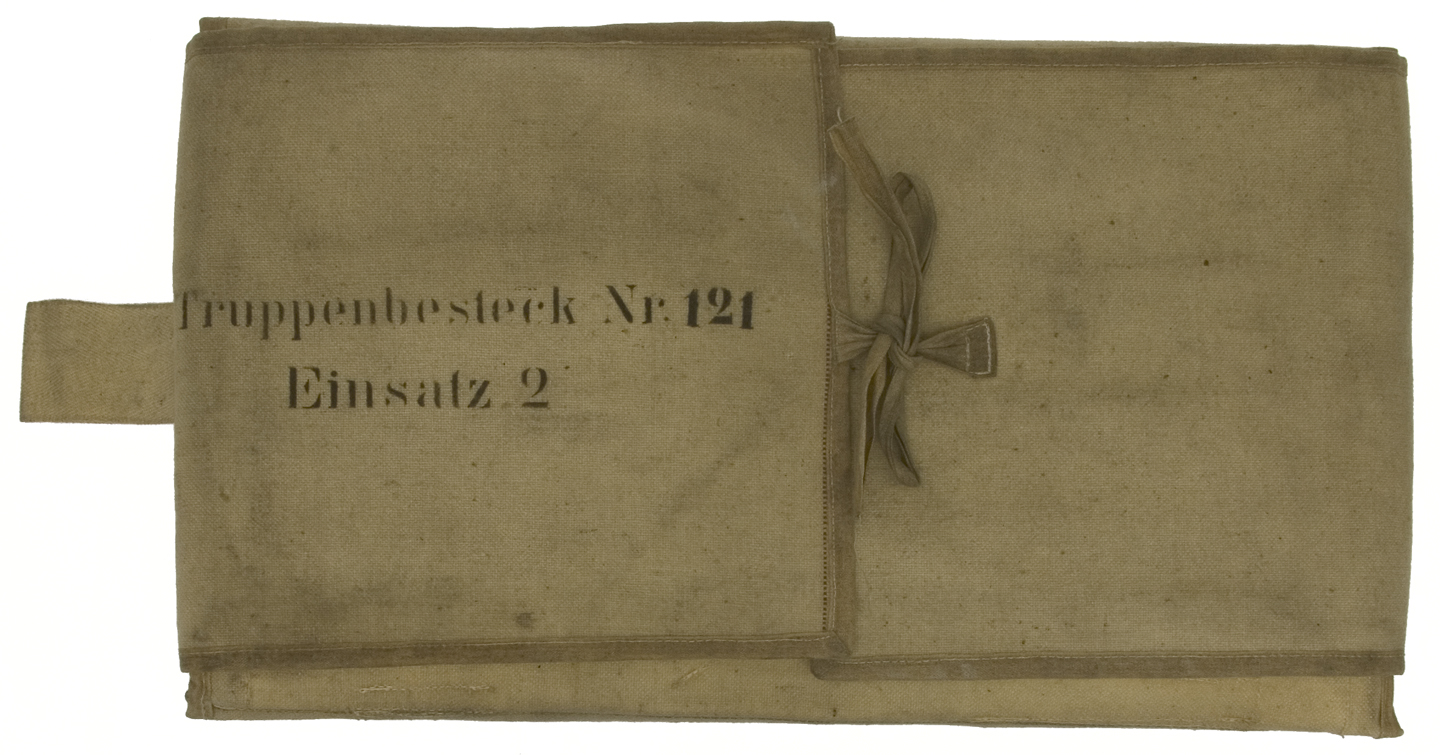 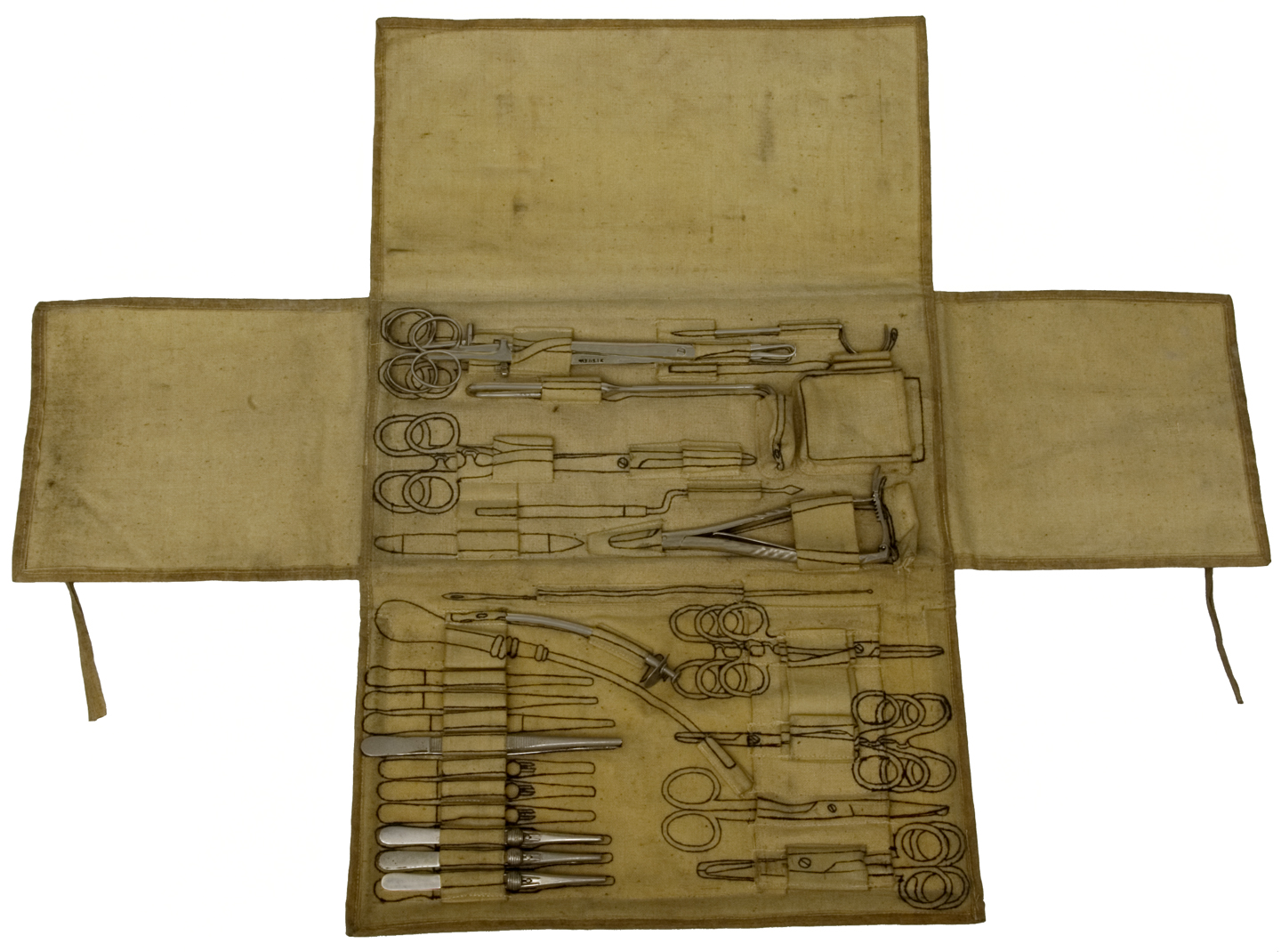 A surgical steel wire is attached to both hooks. This saw would have been used in amputations to cut smoothly through bone.